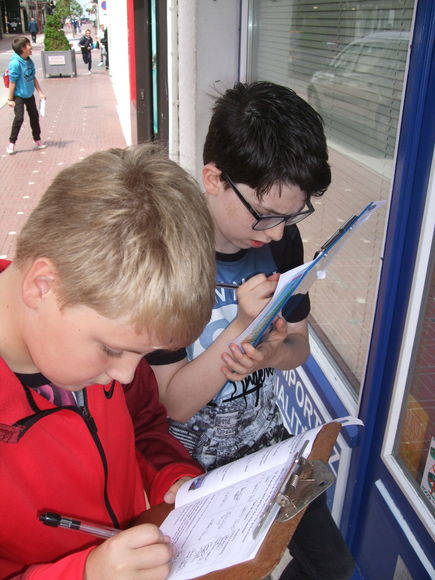 The department is housed in a suite of air-conditioned rooms which are equipped with electronic whiteboards and a broad range of audio visual equipment. The department is well resourced with course books and on-line materials for use in class and at home.

The department runs a number of trips and out of school learning opportunities which are described in the ‘Enrichment’ section. 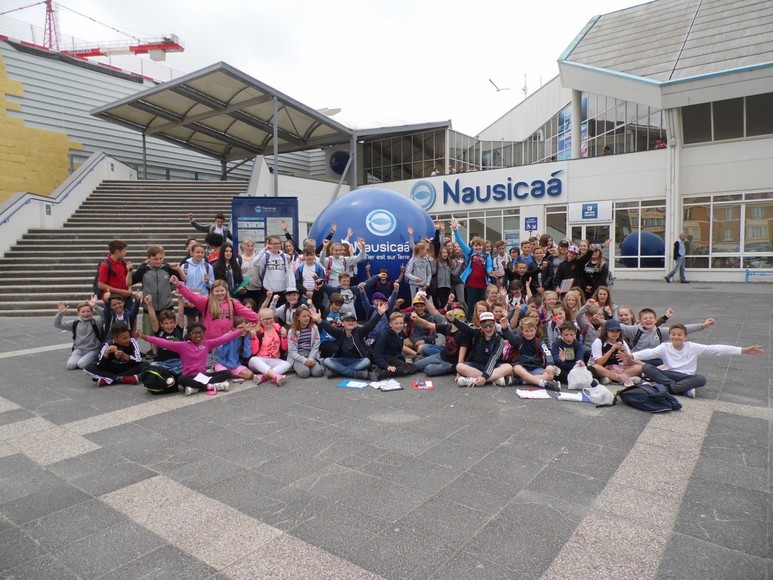 When students arrive in Year 7 at Chelmer Valley High School, most will study both French and Spanish. They will study 3 lessons of each language over the two week timetable. Some students who may need additional support will study Spanish only.

The students will continue to study both French and Spanish for 3 lessons per fortnight per language in both Year 8 and Year 9. This will give them a good base in two languages, one or both of which they may continue to study for a GCSE in Key Stage 4. 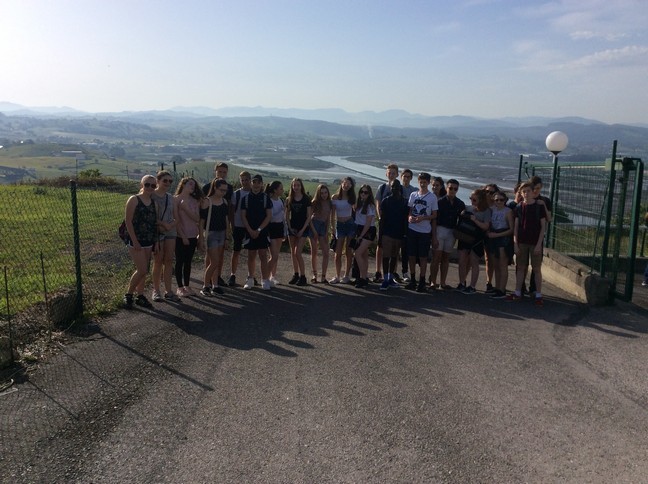 The department offers GCSE courses in French and Spanish to students who have studied the relevant language at Key Stage 3. Students benefit from five hours teaching over a two week timetable. Dual linguists are able to study two languages to GCSE with five lessons in each language. Students all have their own copy of the relevant text book to use at school and home and are encouraged to study independently.

Students continue to develop the four language skills of listening, speaking, reading and writing to a greater depth and all students are entered for either the Foundation or Higher level GCSE examination.

The department follows the AQA GCSE specification in both languages which is assessed by four final examinations at the end of Year 11.

Many students will consider taking a language course at this level because they have enjoyed learning one or more languages, or perhaps they will have achieved a very good result at GCSE level and will be looking to replicate that success. The study of a language at Key Stage 5 can benefit students in a number of ways and for those who decide to further their knowledge and language skills the potential rewards are considerable.

There are many reasons for further study in European languages, among them:

Jobs! Many employers appreciate the fact that applicants have mastered a second language at a more advanced level. With much of Britain’s trade now being done within the European Community, many people at work (and not just specialist linguists) are finding they need to put their skills into practice. Businesses often pay higher salaries to employees who can phone or fax a firm abroad, book hotel accommodation for the boss’ trip to Paris, read an order from a German client or a press release from a Belgian competitor. Language skills give you the edge in a very competitive employment market.

Holidays! French speaking countries are among the most popular holiday destinations. Trips abroad can be much more fun if you use your language skills.

Communication! There are 77 million people who speak French and 100 million who speak German as their mother tongue.

Satisfaction! There is a lot of pleasure to be gained from making friends and contacts across the language barrier.

Insight! Studying another language and culture in depth broadens your horizons and provides an understanding of how other people live. You also learn a great deal about yourself.

Learning to learn! You may well have to learn another language in the course of your working life. Through further study of a foreign language you will acquire advanced dictionary skills and a more thorough understanding of how your own and other languages work.

Students prepare for the new AQA ‘A’ level examinations in French.

The AS examination has 2 units:

Unit 1: Listening, Reading and Writing (2 hours) counting for 70% of total AS marks (35% of total A Level marks). Candidates will answer a range of questions based on approximately 5 minutes of heard material and on a selection of written stimulus texts. They will also respond in writing to a question based on one of the AS topics. They will have control of the listening material and be able to listen as many times as they wish.

Unit 2: Speaking. (35 minutes, including 20 minutes preparation time) counting for 30% of the total AS marks (15% of the total A Level marks). Candidates will discuss a stimulus card based on one of the AS topics and take part in a conversation covering three further AS topics.

To achieve a full A level, candidates must also pass the two A2 modules. The topics covered are: The Environment (e.g. pollution, energy), The Multi-Cultural Society (e.g. immigration and racism), Contemporary Social Issues (wealth and poverty, law and order and technological progress) and a Cultural Topic: the study of a region, a period of history, an artist (e.g. a writer, a film director, an architect, a musician or a painter) from the French or German speaking world.

Unit 3: Listening, Reading and Writing (2 hours and 30 minutes) counting for 35% of the total A Level marks. This will be similar to Unit 1, but more challenging! The writing task will be based on one of the Cultural Topics.

Unit 4: Speaking (35 minutes, including 20 minutes preparation time) counting for 15% of the total A Level marks. Candidates will present a point of view based on one of the A2 topic areas and take part in a conversation covering three further areas.

Preparing for a French ‘A’ level no longer consists of plodding through interminable grammar exercises and badly chosen literary translations.

Getting to grips with French grammar is just as difficult as it ever was. However, we try to make the whole process much more stimulating by starting with authentic texts (for instance from television or the press) and teaching the grammar that is necessary to understand or comment on the text. Short translation passages are occasionally used to evaluate students, but a much wider range of authentic tasks is now used. The student may, for instance, have to explain an English newspaper article to a French colleague.

Learning vocabulary is every bit as important as it ever was, but learning lists of words is pointless unless the list relates to the task the student is doing. We remember words most effectively when we learn them in context.

French used to be thought of as a very bookish subject at A level. It has now broadened its horizons to cater for a much wider range of interests. We try to keep the course as up to date as possible. Next year’s students can fully expect topics such as French reactions to recent flooding catastrophes or the fashion for ‘selfies’.

Technological innovations such as photocopiers, MP3 players and internet TV channels have not only enabled teachers to produce more exciting and varied courses. They have also given students more freedom of choice and more independence. For instance, students spend a lot of private study time working with audio or video on websites such as Kerboodle.

We like our students to gain as much practical experience of the language as possible. A level students see the French assistant, in small groups or individually, for at least one hour per week and the contact time is boosted in the lead-up to the speaking test.

There is no easy way to advanced language skills but acquiring them can be satisfying and interesting. The rewards are great for those who meet the challenge. 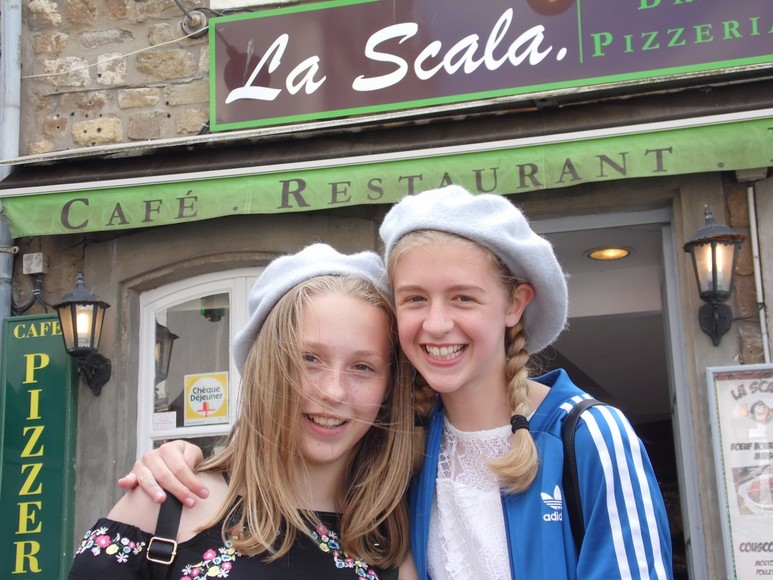 Enrichment opportunities are offered throughout the year to various year groups and most recently have included: 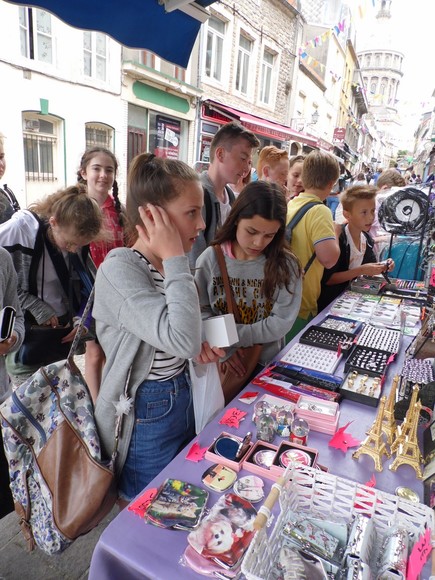 Although our schedule of trips and visits has been suspended in recents years due to Covid, we have offered in the past:

We hope to be able to reinstate these very soon.